Let’s start with some photos so I can remember what’s happened. I’ve just had 1.5 litres of pilsener and two portions of chips, so my mind is a blank.

Still got half an eye on UK politics 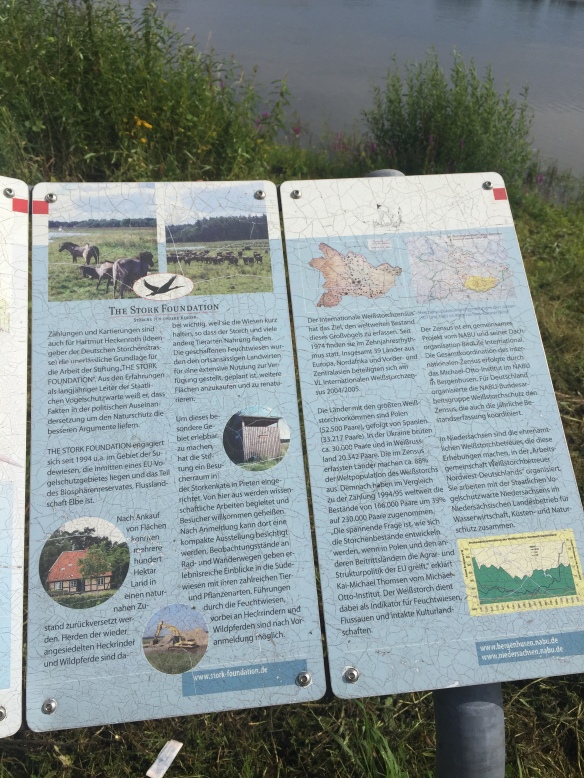 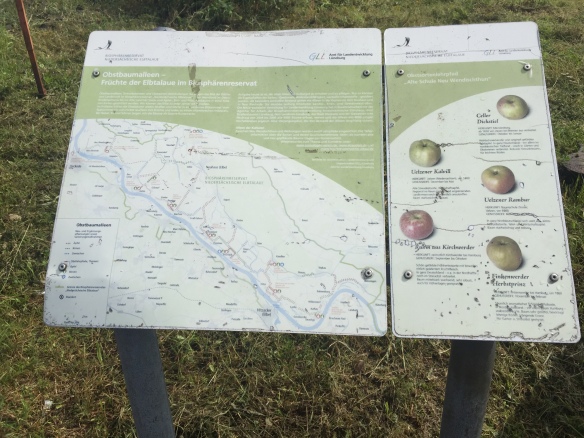 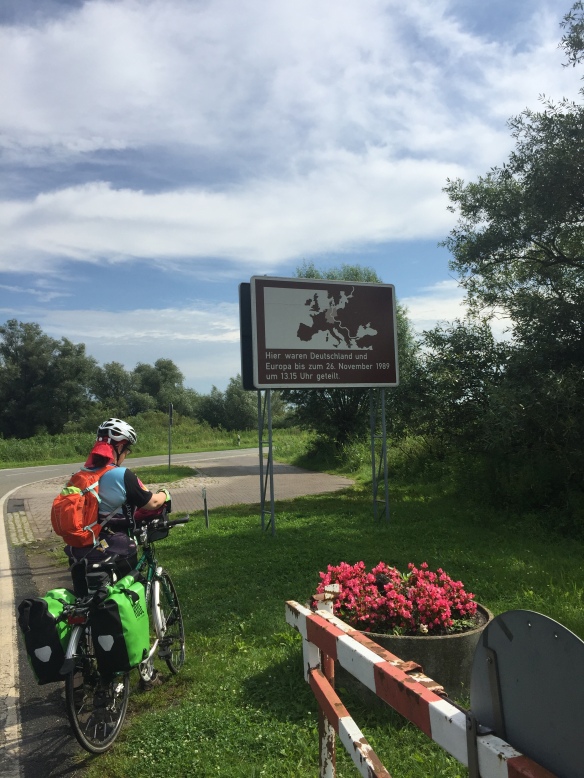 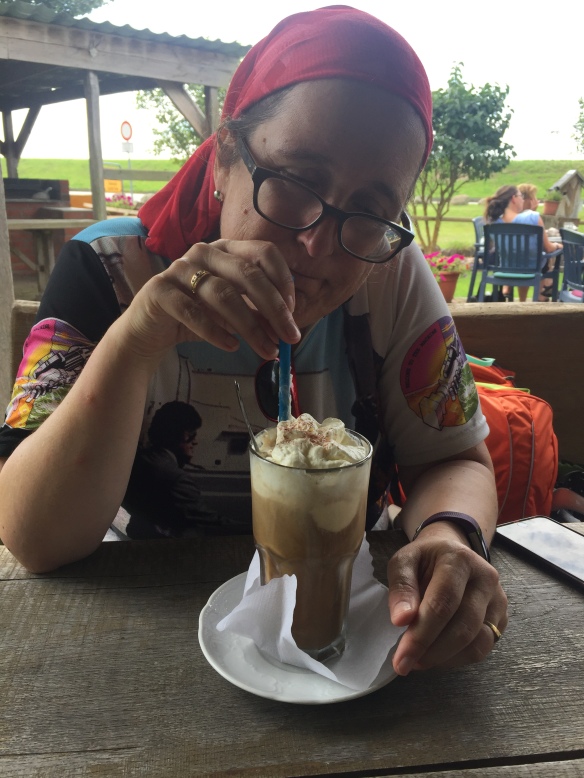 Elly’s first Eiskaffee for this trip

Pano of Dömitz: the Apotheke is where Elly bought her knee support

For anyone who has seen ‘Goodbye Lenin’

About where we stayed in Dömitz

So it appears we cycled from Blekede to Dömitz, where we found a B&B in an old brewery. The proprietress works in a refugee centre, if I understood her correctly. (She has very good English, but I have very poor braincells.) She runs a welcoming, highly eclectic place, but it has enough power points even for me. Also, breakfast includes automatic eggs and coffee.

i don’t remember much else apart from being so tired at dinner that I was falling asleep and dreaming of parades and other nonsense at the restaurant table. I’m puzzled by this: as far as I can recall, most days (including this day) I’ve arrived feeling as if I could go on for hours more. I admit that this day I got sick of the headwinds and concrete cyclepath surfaces, and that on a previous evening my feet tingled wildly. But I’ve not been tired like that for almost a year.

Your car has been assimilated by the Trabis 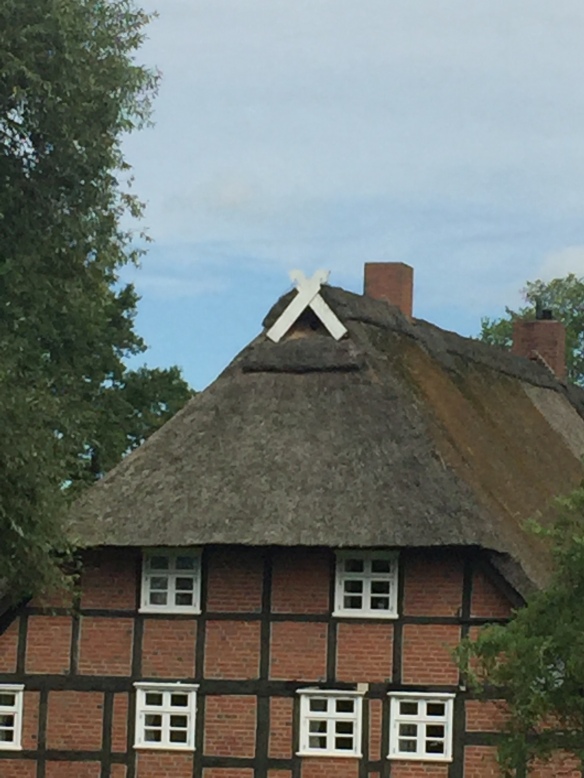 About a view tower

Pano from the top of the view-tower 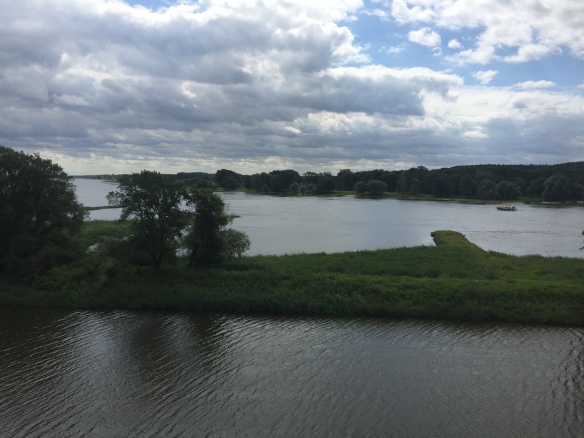 What we could see 1 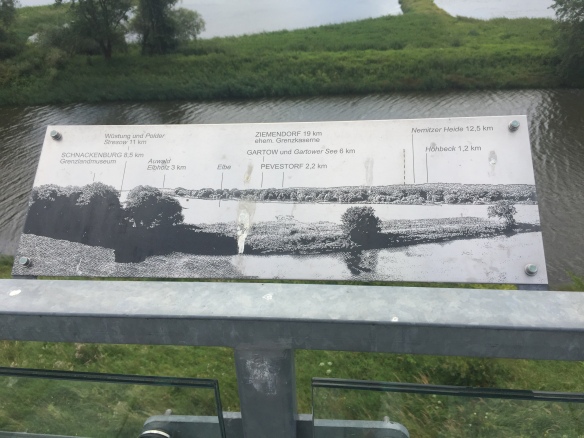 What we should have been able to see 1

What we should have been able to see 2

What we could see 2

Either side of the path along the top of the dyke, there are fantastic (wild?) flowers.

Is there a German trades descriptions act? If so, this advertising image probably contravenes it. 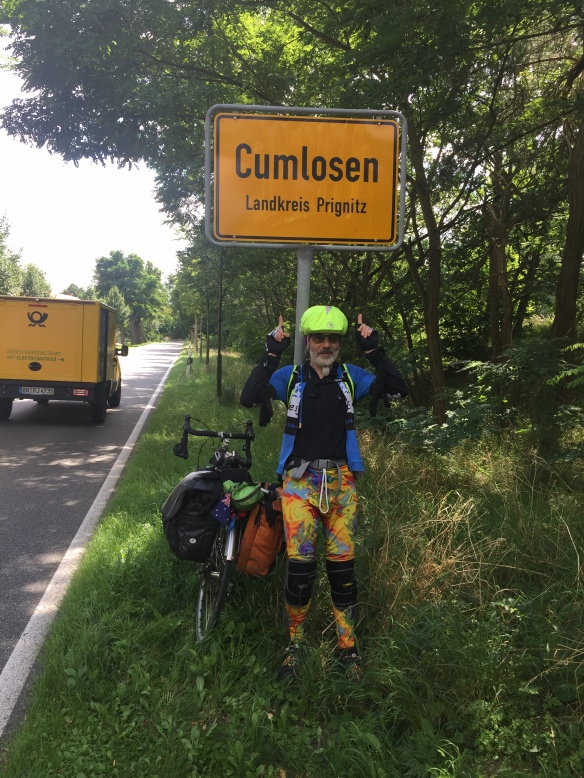 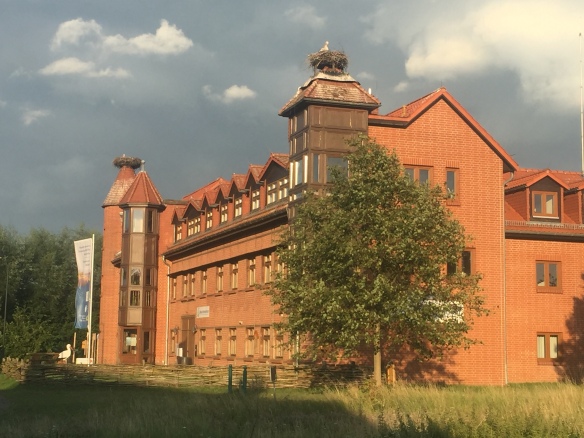 The village we’re staying in tonight is famous for its storks.

No it wasn’t! (Krusovice is Czech. The beer was definitely German, even though pilsner is a Czech style of beer.)

Fountain at the pub where we ate tonight

Today we have come to the mother of all stork-refuges, in Rühstädt. It’s a small village on the Elbe, in Brandenburg. (We crossed from Mecklenberg-Vorpommern a couple of miles south-east of Domitz.) If you squint really hard through offensively biased lenses, you might be able to tell that this was a former East German area. I can’t do that. All I can say is that today’s cycle-path surfaces were mostly reasonable tarmac or good hard gravel, but there were a couple of short stretches along forest tracks that are not good for touring bikes. The gravel-dust has coated Lev and Fidel’s drive-trains a bit. Had I the facilities and inclination, I’d de-cack them. But I have neither, so I won’t.