None. This was our mid-tour rest and sight-seeing day. We first went to the famous cathedral and saw that it was indeed a cathedral. Pretty much the standard model – tall ceiling, stained-glass windows, hushed atmosphere, full of tourists. So that didn’t take very long.

We next tried to get into the nearby perfume museum. However, tours were by appointment only, and the next one wouldn’t happen until 4pm. So I’m still ignorant about how old smells are displayed. I’m no longer curious about how their oldest perfume smells (not that I ever was curious abut this) – I couldn’t escape having some sprayed on me. As perfumes go, it was possibly the least unpleasant one I’ve smelled. (I hate perfume in just about any form or use. I don’t see the point of washing off one pong just to add another – I want washed clothes and people to smell of nothing.)

However, nearby was an excellent old-style baklery/café. Why can’t the UK do bread as well as germanic countries. In particular, Kerbiskernbrötchen (brown rolls covered with pumpkin seeds) are fantastic: tasty, nutty, nutricious, lovely texture from the crust, bread and seeds. So I had a couple of these while Elly had some cake she very much enjoyed.

Our next visitation was to the Roman museum. I hadn’t been aware that Köln had much roman history, I’d thought it was too far north to be a part of the empire. But the city’s name is from latin Colonia, and it was apparently very important. There are lots of exhibits at this museum but nothing (that I saw) telling the actual history.

Lunch was at a crowded but welcome Subway – less chance of eating stupid amounts – followed by a cable-car trip across the Rhine and back. I had feared this would scare me stupid but either I’m stupid already or I’ve got a little braver, because I actually enjoyed it, rather than being a whimpering pile of sweat and other bodily fluids on the floor of the car.

After this, we retreated to an icecream café near our hotel to write postcards and enjoy icecream. Melon icecream is a revelation, at least at this place. After sleeping some of this off, we ate dinner at a Mexican restaurant nearby.

I think the things I enjoyed most about Köln all involved eating and drinking. For most of the day I had an unpleasant headache and a dire thirst. Standing in direct sunlight aggravated this, and shade wasn’t always possible. Perhaps I need to give this city another try in a different season. 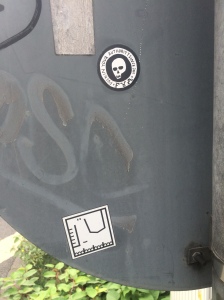 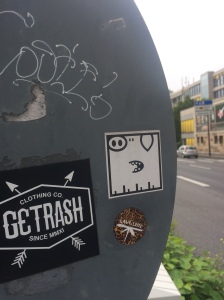 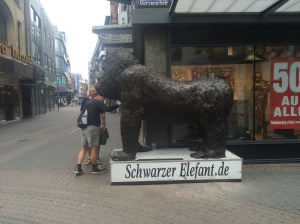 Is this really a black elephant? 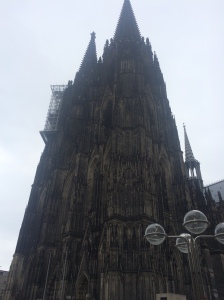 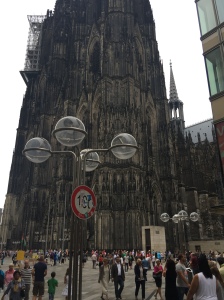 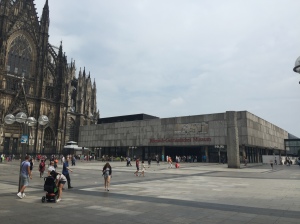 outside the roman museum 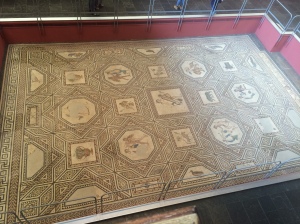 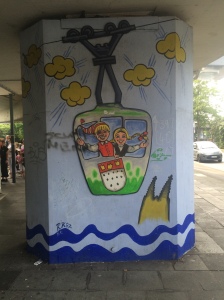 near cable-car across Rhein 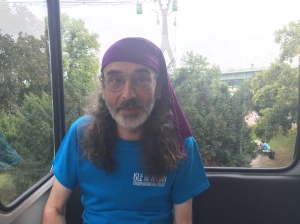 Random Bozo on the cable car 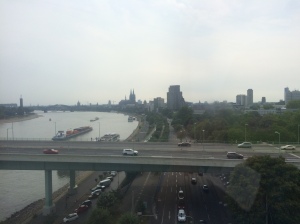 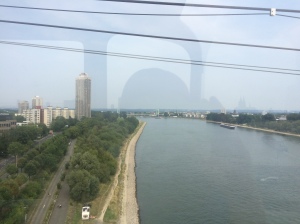 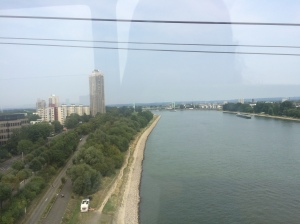 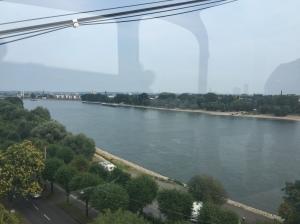 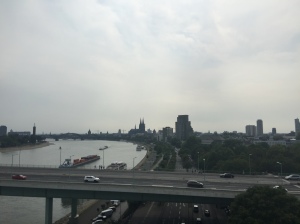 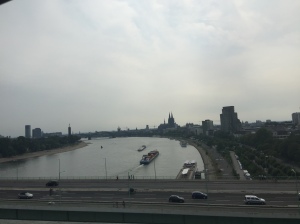 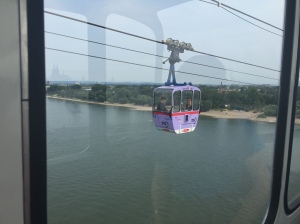 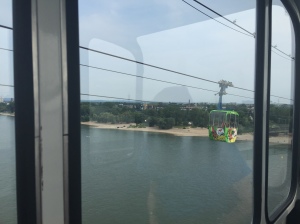 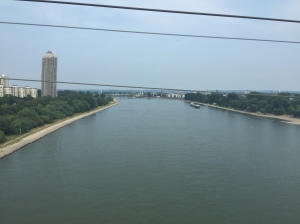 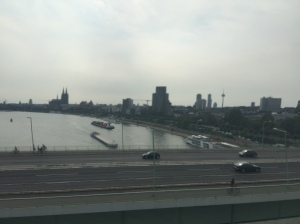 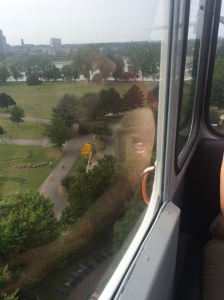 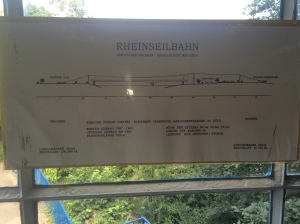 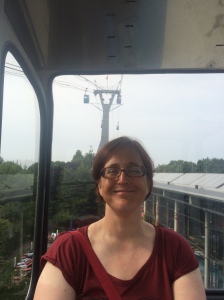 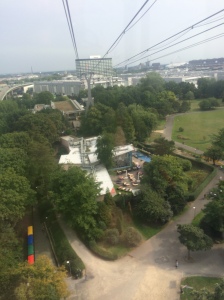 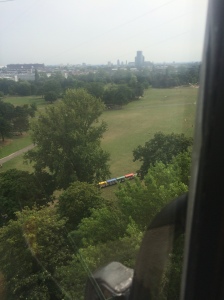 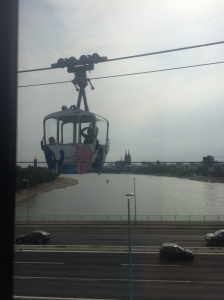 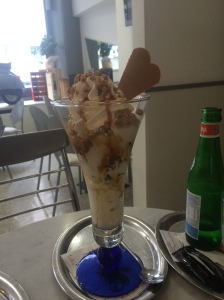 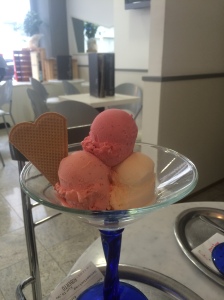 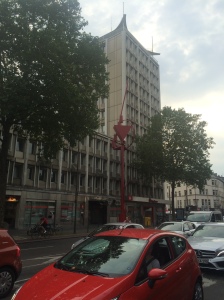